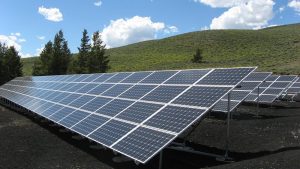 For quite a while now, solar power has been a huge source of energy for us. A lot of technological companies began to incorporate the use of this natural energy source into the products they developed, which only further increased the demand for it. It’s cheap, reliable and good for the planet, what more could you ask for? If you want to go solar, your best option would be Easy Solar.

Solar power: how is it progressing?

Renewable energy is becoming greater in demand as the news of the dying planet spreads. The awareness of how much damage the planet is taking is causing a lot of people to look for better sources of energy that can get the job done without having too much of a negative impact on the planet. This is where solar power comes in. It is one of the greatest sources of energy available to us today, because it is available endlessly and costs nothing. However, we do need to create ways to utilize it in the best way possible.

Solar energy is currently at the top of the list of renewable energy sources being used today, and its use is further spreading due to its abundance all over the world. India is set for a huge boost in their solar power consumption over the course of the next few years. The consumption rate is predicted to be doubled by the year 2022, which means a lot of progress in the energy sector for the country.

There are currently several technologies, and new ones being developed daily that can convert solar energy into heat or electricity, which we can then use to power our appliances in an environmentally friendly way.