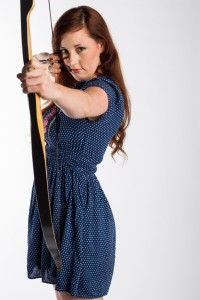 The film ‘Hunger Games” has a horrifying storyline set in a decadent US post-apoplectic capital – wealthy, degenerate and thirsting for entertainment. After the 12 districts tried to secede, a war started. Once it was resolved in favor of a centralized government, that central government ordained that each year there would be a ‘Hunger Game’ where one boy and one girl from each district would fight to the death until one and only one survivor remained.

The overly flamboyant citizens of the capital city greedily watched the games, much as recent TV audiences sat glued to their sets each week to watch ‘Survivor’. A whole cadre of roles and positions evolved to support the annual competition.

The wealth of the citizens of the capital is counterposed by the poverty of the inhabitants of the 12 districts, who supply the goods needed to support the wealthy lifestyle in the capital.

What possible financial lessons could be drawn from such a degenerate scenario?

The main financial lesson I saw in the film, was about expectations.

The players in the nation seemed to conform to the expectations of their society, whether those were reasonable and productive or horrifying and deathly. The parents of the children selected in each district just let their children go off to be slaughtered – it was expected. The selected children accepted their role as contestants in a fight to the death – it was expected. Even the director of the production meekly carried out the expectation of the ruler to eat the poison berries and die (because the contest didn’t end as planned).

The main female character, Katniss Everdeen, however, didn’t always give in to the expectations. Instead of letting her little sister be led off to death in the game, Katniss volunteered to go in her place. Instead of trying to kill her opponents, she attempted to walk away from the area and leave the game’s arena. She refused to fill the expectations set by the rules of the game, to slay the last opponent (the male from her district who was in love with her). Instead she and he threatened to end their lives by eating the poison berries together.

How many times have we unthinkingly filled an expectation that was counter to our financial security?

Below are some possible situations where you may have been called upon to do so.

Once a year, we used to be solicited rather hard to contribute to United Way via payroll deductions. Philanthropy was big in the company and the expectation (although the speakers and literature all denied that you had to contribute) was that you sign up, even if you had other charities you favored.

Co-workers expect you to eat lunch out with them – or catch a drink after work (at least occasionally). While it is good to network, it is expensive to go out every day, especially if you find yourself picking up the tab.

Customers and bosses want you to spend money on personal grooming and appropriate clothing.

If you are the boss, your staff might expect that you provide snacks once a week (like donuts or bagels) and special treats on holidays (like popcorn tins at Christmastime).

Neighbors expect that you will keep the exterior of your home and yard looking acceptable according to their standards. That means that you spend time picking up trash and money and time on fertilizing, watering, mowing and trimming as well as leaf raking, flower planting and snow shoveling. The local government expects (actually demands) that you keep your house up to snuff according to its regulations.

The wife expects the family to take a vacation each year. Hubby expects to be able to hang out with the guys at the golf course once a month, and the kids… well you probably know that kids will expect whatever they think they can get you to do or buy!

Deciding which expectations are reasonable and desirable and which are ones that you should really resist is sometimes difficult. Mostly it is a matter of deciding what the consequences might be and whether or not you can live with those.

We are after all, social animals, genetically and psychologically geared toward being part of a group. The group can provide rules to live by, protection, food and companionship. The group can also become obnoxious and out of control.

What if all those citizens in each of the 12 districts had refused to give up their sons and daughters to the hunger game? What if the German citizens and honorable German soldiers had refused to live down to the expectations of the Nazi regime?

What if… you refused to do something detrimental to yourself, just because someone else expected it?