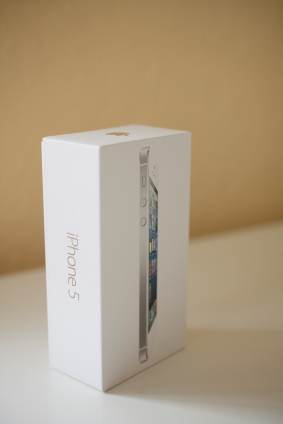 Just in case you haven’t heard the news – although, I’m doubtful you could have missed it – Apple’s new iPhone 5 was announced the other day to much fanfare. Taller, slimmer, lighter, and judging by the hype capable of leaping a small building whenever it wants, the new iPhone will be in the hands of millions of customers any day now. Most will think this is a good thing, but there’s a part of me that just hates the whole thing.

To be perfectly frank, I will be upgrading my iPhone this time around as well. I have been using the same 3GS for over three years now and it barely makes phone calls anymore, never mind allow me to text my friends or guide me to my destination. But a little part of me is terribly disappointed in this new phone because of the environmental impact this changeover will have. It’s not just that millions of phones will be tossed or discarded; it’s that for the first time since the iPhone was introduced, most all of the accessories will be, too.

People have often had to replace their iPhone cases each time they got a new phone because the body shape changed a few times. Each time a new body was introduced, millions of plastic cases were thrown away. This was bad, but I guess it’s part of the price of advancing technology. This time around, Apple decided to change the charging/plug-in connector port size to something much different, thereby making every accessory that uses the old size completely obsolete. Let’s think about this for a moment; most every cable, charger, dock, dock port, radio, car radio, or other adaptor designed for use with prior generation iPhones will need to be tossed and replaced. Sure, a special adapter will be introduced by Apple and some third-party vendors allowing hook-ups, but it’s more than likely you’ll have to shell out a few bucks for each of them and buy one for every iPhone connector you already have in your life.

Looking past the end of our own noses, we can see that many other industries will be affected by this change as well. Hotels with iPhone and iPod-ready radios and TVs will have to upgrade all of them to the new standard. Car manufacturers, who for years have been working on making our iDevices work flawlessly with their car stereo and GPS systems, will now be asked by their customers to change out every single adapter plug in millions of their cars. Where does all this equipment go? Most of it, unfortunately, will not be recycled and instead will be thrown in the trash, where it will head to a local landfill to sit for eternity.

Most of the mobile phone industry has already moved to – or is moving to – a standard micro-USB charging format. Apple? They went their own way, leaving an environmental mess in their wake. The company has taken a lot of flack for some business practices in China, but this connector port change will have long-lasting effects of an environmental kind. When a company with the number of customers Apple has goes against the grain and changes one little thing that changes everything, well, you have to wonder if our support of such activity puts the blame squarely on us. We as a society should not be in a big hurry to update our technology every 6 to 12 months, period. Maybe we need to encourage companies to do the right thing rather than the new thing.

I’m updating my phone in a few weeks, as I still believe the iPhone offers the best experience for a smartphone and it syncs perfectly with my entire digital life. I hope to keep this phone for at least as long as I have kept my current one, minimizing the amount of waste I would produce by upgrading every year or so to the latest and greatest. It’s the least I can do in this connected world we live in and I hope you’ll join me in trying to make our gadgets last just a little bit longer.

What do you think about technology advances and their environmental impact?