If you haven’t noticed I am a bit of a health nut. I read and study and work in the health field and I have a huge passion for it. Every day I am continuously trying to live a healthier and more productive life.

A more recent passion of mine has been the brain, how it works, and how to look after it. Unlike kidneys, fingers, toes, and lungs, you only have one brain so we need to look after it. Research has shown that there are ways that we can improve our brain function and even delay the onset of diseases like Alzheimer’s and other dementias. One of the ways is food.  The food we eat plays a vital part in the quality of our health and fitness, our ability to fight of illness and disease, as well as our ability to think, reflect, ponder, and make decisions.   The food we eat is literally the energy our brain needs to work.

Today I want to share with you the top 20 foods you can eat for increased brain power. Eating these foods will increase your energy, provide clarity of thought and help sustain a good memory.

Almonds and other nuts

Almonds are rich in omega-3 fatty acids and high in antioxidants, especially vitamin E. Raw almonds are best but dry roasted still give you the benefits. Almonds are a great pick-me-up at any time and also a good source of protein, also necessary for brain function, for vegetarians or people on the run.

As well as being a good plant source of protein, avocado is rich in vitamin E. Research has shown that people who eat vitamin E rich foods can lower their risk of Alzheimer’s by up to 67%.

Berries, particularly blueberries, are a powerhouse of antioxidants like vitamin C that are so necessary to fight off free radicals that make you sick. The antioxidants, including anthocyanin, are thought to protect the brain, possibly by maintaining strong connections between the cells of the brain. Research has shown that blueberry extract can improve short-term loss of memory. The flavonoids in blueberries also enhance learning.

Broccoli and other cruciferous vegetables

Broccoli is a powerhouse in the vegetable world. As well as being high in antioxidants that protect the brain cells, broccoli has vitamin K which has been shown to improve brainpower and cognitive function. Other cruciferous vegetables include cauliflower, kale, cabbage, brussel sprouts, bokchoy and other Asian greens. These are rich in vitamin C and other antioxidants as well as containing carotenoids, which are strong brain protectors. One Harvard Medical School study found that women who ate more of these vegetables actually lowered their brain age.

To be beneficial, you need to eat chocolate that has at least 70% cocoa solids.Cocoacontains flavonoids, a rich antioxidant that is linked to brain health and function.

Recently researchers found that Alzheimer’s patients consumed less caffeine than those without the disease. Caffeine has a stimulating effect on the brain, increases brain activity and blocks substances that occur in dementia. Coffee appears to have lasting effects on the memory, especially in women.

Curries contain curcumin, a powerful antioxidant that has been shown to prevent amyloid plaques from forming on the brain, a cause of Alzheimer’s disease. 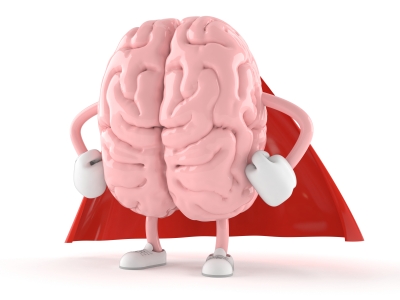 The brain is partly composed of fat and so needs good fats to function efficiently. These are the Essential Fatty Acids or EFAs which have to be obtained through food because the body cannot make them. EFAs are necessary for the formation of the synapses that control the memory. Eggs are also high in protein, vitamin E, B vitamins and omega-3 fatty acids. The B vitamins help prevent inflammation and assist new brain cells develop.

This herb has been used in traditional Asian medicine for centuries and has become a popular ‘memory’ herb for the 21st century. Gingko increases the blood flow to the brain, thus increasing the supply of oxygen. It also has antioxidant properties.

Green tea is high in antioxidants as well as containing caffeine. Recent studies show that tea has similar effects as drugs designed to combat the symptoms of Alzheimer’s. It appears that green tea prevents the breakdown of the substance acetylcholine, which is necessary for memory.

As well as being protein foods, both chicken and red meat contain L-Carsonine which appears to protect plaque formation on the brain.

Red wine contains the antioxidant flavonoids, as well as resveretrol, which has been shown to slow the aging process and improve mental clarity.

This is another herb that has long been associated with memory. It has been shown to improve the memory and mental clarity; also to help with mental fatigue.

This is one of the best known herbs for increased brain power; recent research has proven what the ancient Greeks knew all along; it improves the memory. It is believed that sage contains a chemical which assists neurotransmitters in the brain.

Salmon and other oily fish

Sardines, herring, mackerel, trout and some varieties of tuna, as well as salmon, are classed as oily fish and have been shown to contain the highest levels of essential fatty acids, the same type of fat found in the brain, of all varieties of fish. These fish contain high amounts of DHA, which is necessary for brain and nervous system health and has been shown to be low in Alzheimer’s patients. One study in Chicago found that eating just one fish meal a week could reduce the cognitive decline of participants by over 10%. Sardines also contain choline which is a brain chemical responsible for memory.

The darker the green, the more protective antioxidants are present. These protect cells in the brain from damage and decline. Spinach also contains folic acid which research has shown can protect against Alzheimer’s. Folic acid also assists the information processing and memory recall functions of the brain.

Many varieties of seeds contain good quantities of omega-3 fatty acids and DHA, which are essential for brain health, memory, mental clarity and cognitive function. Pumpkin seeds and flaxseeds are especially rich in essential fatty acids as well as zinc.

Soy and other beans

Soy and other beans are a good source of protein which assists neurotransmitters necessary for memory and quick thinking. Beans also contain B vitamins, the anti-inflammatory vitamins.

Tomatoes contain the powerful antioxidant, lycopene, which helps to protect against damage to brain cells by free radicals. This occurs in dementia patients.

Most of the grain foods in the modern diet have been so processed that they contain little nutrition; in fact, many manufacturers add nutrients back in! Whole grains contain the nutritious outer husks or layers of the grain; they include brown rice, wholegrain pasta, oatmeal, wheatgerm and bran. Wholegrains contain B group vitamins and folic acid which help with memory and brain cell development.

All cells in the body need water. Water accelerates brain function and is important for memory. When dehydrated, the brain releases cortisol which affects the ability of the brain to store information. Cortisol also causes the release of adrenalin, which causes the brain to function at a more basic level and interferes with mental function and memory.

Many of the substances in these foods that increase brain power can also be found in supplement form, but it always better to get your complete nutrition naturally, from the food you eat. This is what your body is used to digesting and processing.

So, what did you think of the list? Are there any of your favourites in there? Are you going to try increasing your brain power?