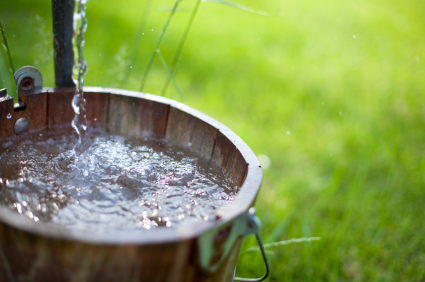 Cutting back on how much water you use doesn’t just do your wallet a favour – it’s also better for the environment. Using less water reduces the strain on bodies of water and conserves. Here are some tips for cutting your water consumption in the home.

Switch to a water meter. If you don’t have a water meter, you might find that your water bills are a lot more expensive than they should be. For many households, water bills are based on estimated readings in line with how much water is being used in other houses in your area. If you don’t use as much as the average reading in your area, you may be much better off getting a water meter fitted so that you’re charged only for what you’re using. This can be a particularly good way to save money on your water bills if you live alone or are planning to take big steps to use less water in your home.

Over 60 per cent of water wastage happens in the bathroom so this is one of the main areas to examine your current levels of water consumption.

Switch to a more efficient showerhead. Having a bath is usually going to use more water than having a shower but that largely depends on how much water your shower is actually using. Power showers spray out a lot of water and aren’t very water-efficient. If you’re in the shower for more than 10 minutes, this type of shower can actually use more water than a bath. Where possible, opt for an aerated or low-flow showerhead which doesn’t waste as much water. Choosing a more water-efficient showerhead can significantly cut down on the amount of water being used during the average shower and it shouldn’t make for an inferior showering experience.

Fit a more efficient flush. A lot of water is wasted every time you flush the toilet but you can cut down on this by having a flush-saving device installed. Alternatively, a dual flush toilet is another good way to save water when flushing the toilet as you can choose to activate a shorter flush for when there isn’t “much” to get rid of.

Only run the tap when you’re using it. Many of us leave the tap running while we’re brushing our teeth but this is an unnecessary waste of water. Get into the habit of flicking the tap off again as soon as you’ve wet your toothbrush and leaving it off until you come to rinse it. On a similar note, make sure that you don’t have any dripping taps in your house.

Keep an eye on your bath temperature. If you do opt for a bath over a shower, it helps to keep a close check on the water temperature as it fills as this can mean that you don’t have to partially empty the bath water and fill it up again because it was too hot or cold.

Use appliances more efficiently. When you use the dishwasher, make sure that you’re cleaning a full load before you switch it on. If you’re only doing half a load, chances are that you’ll have to put on another load later in the day, which will use more water than a full load.

Taking some steps to cut back on how much water is being used in your home can have a big impact on your average water bill. You might be surprised how much money you can save. Plus you are doing something positive for the environment.

So, are you aware of your water consumption? What kinds of things can you do to cut back?