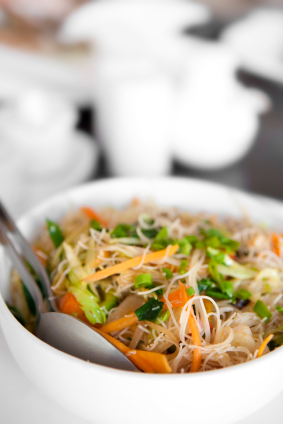 Many of us make a big effort to be ‘green’ by doing things like recycling, using the car less and saving energy in the home but did you know that you could do even more for the environment by not eating meat? Being vegetarian may predominantly be a lifestyle choice but there are also some strong eco benefits too that many people are not even aware of. Here are some of the main environmental problems associated with producing meat, and the big benefits that would happen if more of us went down the meat-free route.

Breeding animals to produce meat is more damaging to the planet than you might think, thanks in part to the food and water that is needed to sustain them. This is depleting crops that could otherwise be used to feed people and reduce the devastating impact of the global food shortage. It has been suggested that as much as 8 per cent of human water usage comes from producing livestock, and this a lot more compared to the water needed for growing crops. By cutting down on how much meat you eat or ditching it from your diet altogether in favour of vegetarian options, you can do your bit to tackle starvation around the world.

Vegetarian and vegan diets that are largely made up of fruit and vegetables don’t require nearly as many resources as a meat-based diet and are less strenuous on the environment as a result.

The United Nation’s Food and Agriculture Organization has suggested that almost a fifth of global greenhouse gases in the atmosphere are due to meat production, and that this is a much bigger contributor than carbon dioxide emissions from car usage. The main contributors to this are nitrous oxide and methane, both of which can do considerable damage to the environment. If you want to make a real difference to the amount of emissions going into the atmosphere, it’s not enough to just use your car less – cutting your consumption of meat is arguably more important, especially with meat production expected to rise further over the next few decades.

There is also the added problem of water pollution due to fertilizer and pesticide entering water supplies and potentially contaminating them.

As much as a third of land suitable for farming is currently being used for producing livestock, along with 70 per cent of agricultural land. If less people ate meat on a regular basis, this is a lot of land which could then be used for growing crops to tackle the global hunger crisis.

With some diets having more potential to harm the planet than others, what you eat can have a bigger impact than you might have previously assumed. On top of making a concerted effort to eat less meat or cut it from your diet completely, a ‘green’ diet is also a good move. This focuses on making sure that you choose organic foods that don’t contain artificial pesticides and fertilizers which have the potential to do damage to the environment.

When it comes to helping the environment, adopting a meat-free lifestyle can be one of the best things that you can do to play your part. While acts like saving energy in the home and workplace and walking or using public transport instead of taking the car are undoubtedly important and should still be continued as much as possible, meat production actually contributes more to the level of greenhouse gases in the atmosphere than car usage so it’s definitely something that should be given a lot of thought for the green-minded amongst us.

So, have you considered being a vegetarian? Or are you a vegetarian and if so, what made you switch?